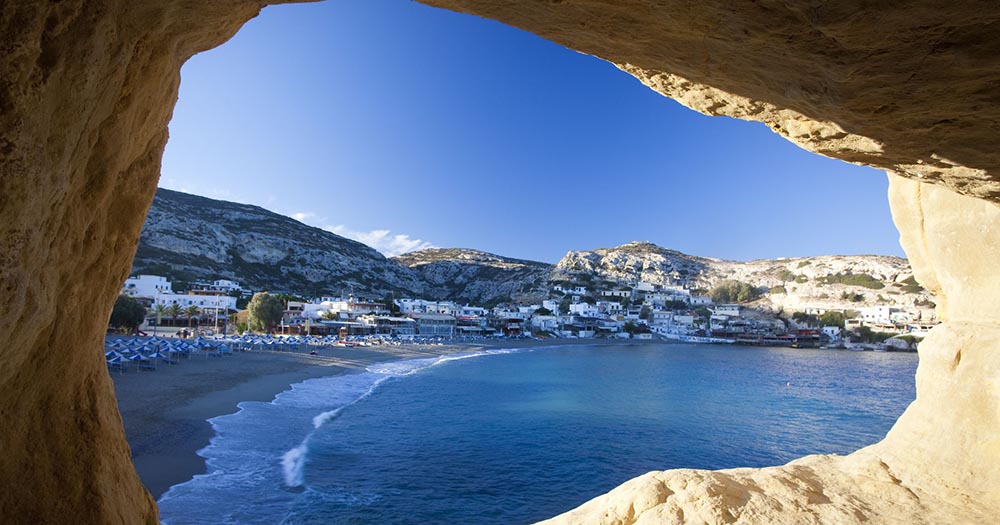 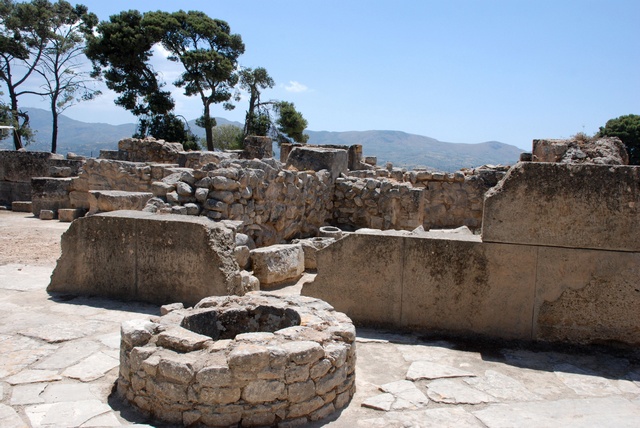 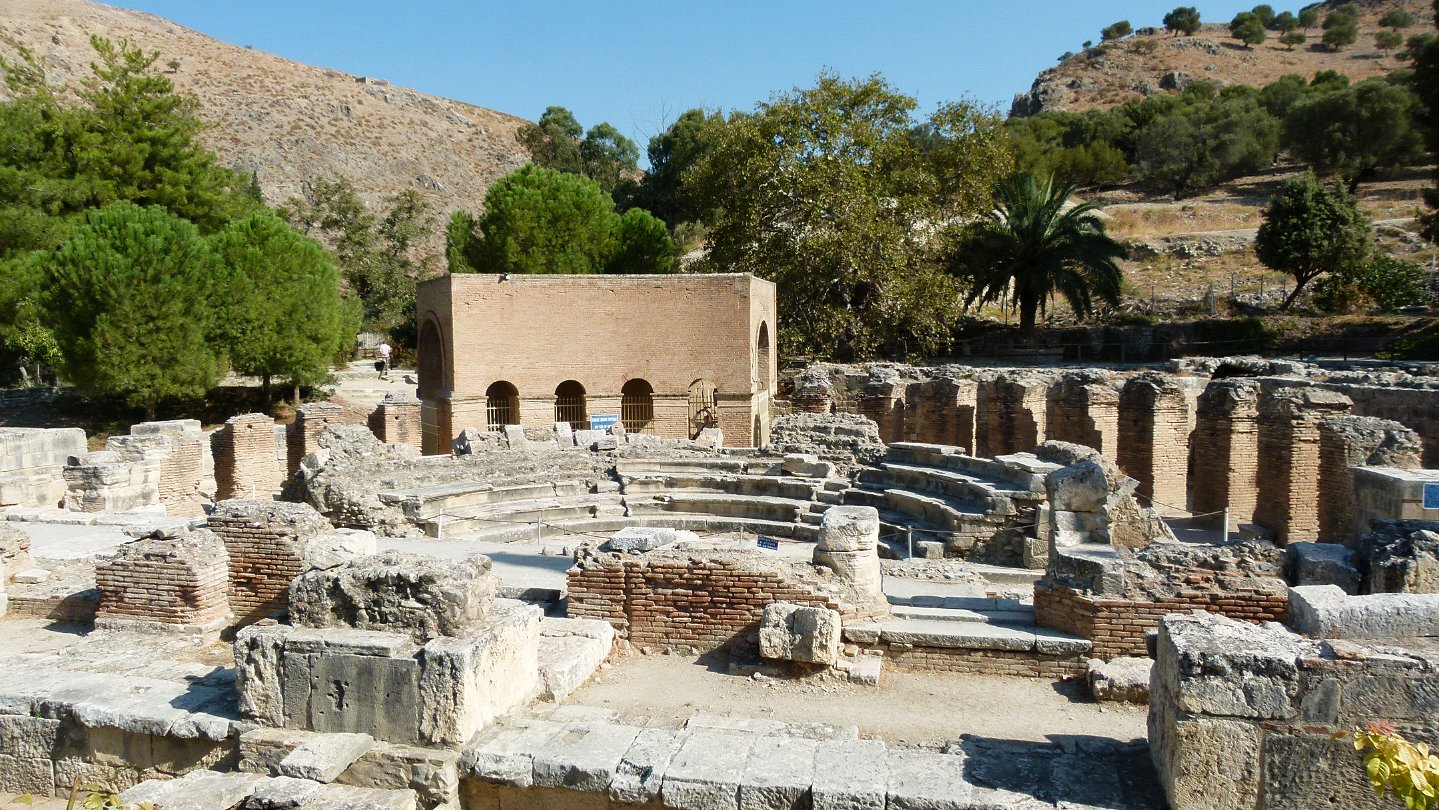 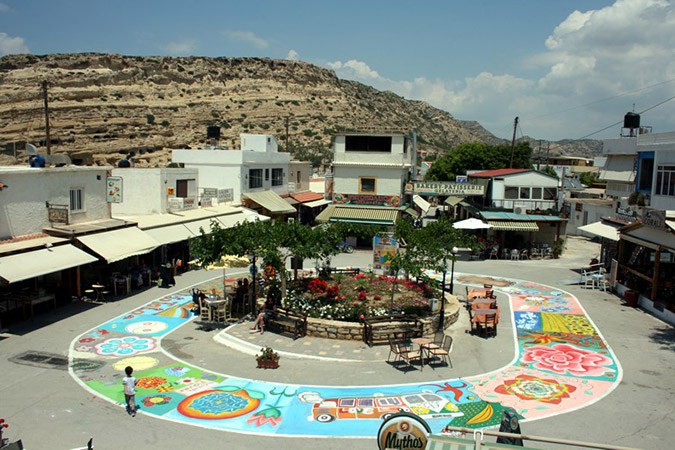 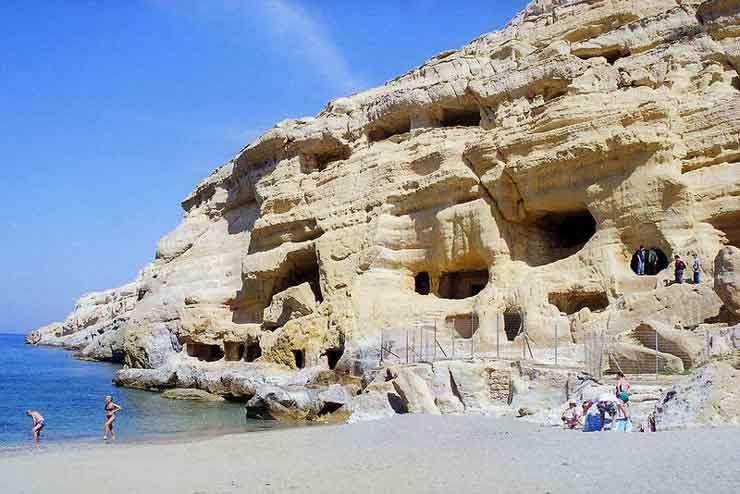 The first goal is Gortys.

An ancient city in central southern Crete. Traces of the Roman era and the 6th century after Christ will be displayed here. The third Minoan palace Festos.

Here they found the famous discus which until now could not be deciphered. Excessive notoriety became Matala especially in the 60s when the hippies quartered in the cave above the beaches. Although the hippies have left Matala many years ago.